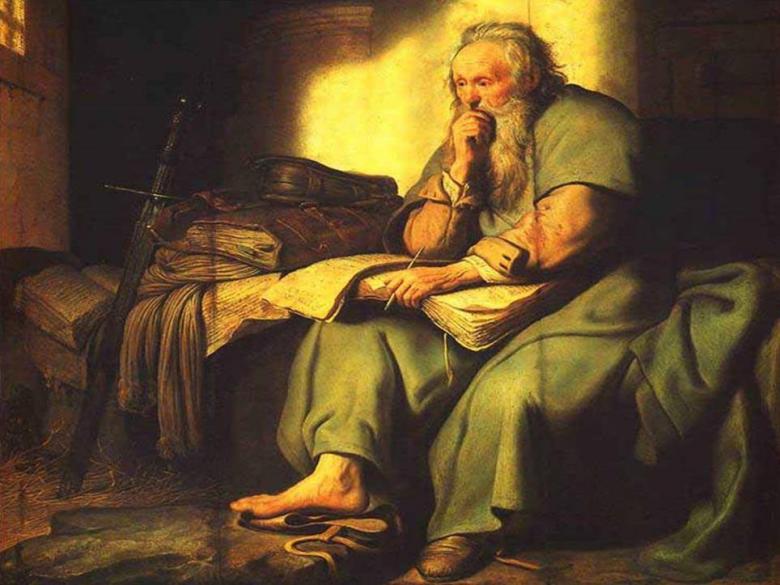 The Apostle Paul states that prophecies, tongues and knowledge will pass away

At the time how does Paul know that these works of the Holy Spirit will pass away? On what authority can he say this? Can we find in scripture other than Paul's own writings to confirm what he said will, or for us in modern times, has in fact come true; Prophecy (new revelation), tongues (unlearned foreign languages), and knowledge (knowing because God reveals to a persons mind what is unseen, unknowable by human means)? This article hopes to show that via scripture, prophecy, as-in new revelation has passed away. The prophecy we do have in scripture will also be fulfilled as Jesus Christ returns, because those things are fully completed, they point us to Christ.

How does Paul know that Prophecy will cease and how can we know, we should be able to determine this as we have the full scriptures at hand. Paul the Apostle was a Jewish academic, born, raised and trained a pharisee, a good Jewish scholar (Acts 23:6, Philippians 3:3-6). Paul's statement to the Corinthian church indicates that he understands that the ceasing of these particular gifts will happen. Paul is speaking as though he is well aware that the gift of prophecy will cease as soon as God shows us in scripture. What kind of authority does Paul have to make such a statement?

The authority imbued to Paul was that he was commissioned by Jesus Christ himself, as an Apostle, to preach and teach according to what he had been given. The Apostle Peter, also commissioned by the Lord supported Paul's writings as Holy Scripture, thus giving equal accreditation to Paul's received authority (2 Peter 3:15-16). As said of himself, Paul states that he was commissioned by Jesus Christ himself (Acts 9:10-15), of which there is no other higher authority. Paul is also recognised by the church (Acts 15:22-32). As a final witness to give credence to Paul's words about the ceasing of prophecy, does scripture outside of Paul's writings tell us that this will happen and has this already occurred in history?

“On that day there shall be a fountain opened for the house of David and the inhabitants of Jerusalem, to cleanse them from sin and uncleanness. 2 “And on that day, declares the Lord of hosts, I will cut off the names of the idols from the land, so that they shall be remembered no more. And also I will remove from the land the prophets and the spirit of uncleanness. 3 And if anyone again prophesies, his father and mother who bore him will say to him, ‘You shall not live, for you speak lies in the name of the Lord.’ And his father and mother who bore him shall pierce him through when he prophesies. 4 “On that day every prophet will be ashamed of his vision when he prophesies. He will not put on a hairy cloak in order to deceive, 5 but he will say, ‘I am no prophet, I am a worker of the soil, for a man sold me in my youth.’ 6 And if one asks him, ‘What are these wounds on your back?’ he will say, ‘The wounds I received in the house of my friends.’ 7 “Awake, O sword, against my shepherd, against the man who stands next to me,” declares the Lord of hosts. “Strike the shepherd, and the sheep will be scattered; I will turn my hand against the little ones. 8 In the whole land, declares the Lord, two thirds shall be cut off and perish, and one third shall be left alive. 9 And I will put this third into the fire, and refine them as one refines silver, and test them as gold is tested. They will call upon my name, and I will answer them. I will say, ‘They are my people’; and they will say, ‘The Lord is my God.’”

Verse one indicates that there will be a day that should sound familiar to us, a pointer to the propitiation for our sins, the work of Jesus Christ on the cross at calvary. Verse two again points to the same day that idolatory will be cut off and that prophecy will also be cut off. The following verses talk about a fact that anyone claiming to be a prophet after "the day" will be a false prophet and a liar. Finally, verse seven is really important and points us directly to Jesus Christ who references himself and what will happen as His disciples desert Him on "the day". We will look at that reference now.

And when they had sung a hymn, they went out to the Mount of Olives. Then Jesus said to them, “You will all fall away because of me this night. For it is written, ‘I will strike the shepherd, and the sheep of the flock will be scattered.’ But after I am raised up, I will go before you to Galilee.”

According to scripture this is "the day", this is the scattering of the sheep (Jesus disciples) and the subsequent crucifixion of Jesus Christ. From this day forward we can say that Jesus Christ is the last and greatest prophet.

“The LORD your God will raise up for you a prophet like me from among you, from your brothers—it is to him you shall listen— just as you desired of the LORD your God at Horeb on the day of the assembly, when you said, ‘Let me not hear again the voice of the LORD my God or see this great fire any more, lest I die.’ And the LORD said to me, ‘They are right in what they have spoken. I will raise up for them a prophet like you from among their brothers. And I will put my words in his mouth, and he shall speak to them all that I command him. And whoever will not listen to my words that he shall speak in my name, I myself will require it of him.

Long ago, at many times and in many ways, God spoke to our fathers by the prophets, but in these last days he has spoken to us by his Son, whom he appointed the heir of all things, through whom also he created the world. He is the radiance of the glory of God and the exact imprint of his nature, and he upholds the universe by the word of his power. After making purification for sins, he sat down at the right hand of the Majesty on high, having become as much superior to angels as the name he has inherited is more excellent than theirs.

All the prophets and the words given them by God have pointed us to Jesus Christ, in these last days God has spoken to us through His Son. We would do well to listen to the Son of God (John 5:23). Moses prophesied that Jesus Christ is the prophet given by God to speak all His words.

Warning about false prophets and teachers

But the prophet who presumes to speak a word in my name that I have not commanded him to speak, or who speaks in the name of other gods, that same prophet shall die.’ And if you say in your heart, ‘How may we know the word that the LORD has not spoken?’— when a prophet speaks in the name of the LORD, if the word does not come to pass or come true, that is a word that the LORD has not spoken; the prophet has spoken it presumptuously. You need not be afraid of him.

What some modern Biblical scholar's are saying

The first proof for cessationism (the ending of revelatory and sign-gifts) is that healings and wonders could only be done by apostles, and were their special authenticating signs. A fourth proof for cessationism is this: there are no New Testament instructions about appointing apostles, prophets, healers, or anything of the kind. This is a matter of tremendous significance, because God has given a detailed pattern for the church in the New Testament. The fifth proof for cessationism is that the Bible plainly teaches that revelation is now complete. There can be no new revelation after the time of the apostles. The sixth proof for cessationism is that Scripture shows that they were in the process of being withdrawn at that very time. Paul, for example, who possessed apostolic power to do signs and wonders and mighty deeds, could not, in the course of time, heal Timothy or Trophimus or Epaphroditus. We also see the withdrawing of the healing gifts in James 5, where James gives instructions about praying for the sick, and how the elders may lay hands upon the bedridden. It is obvious in this passage that there is no gifted healer in sight, only elders, who pray. Many charismatics are coming to see the enormous gap between the Bible and what they have been taught. Such doubters are often troubled by the fact that huge numbers of Catholics, who depend on Mary, the Mass, and works for salvation, are also able to speak in tongues and prophesy. Many also worship in exactly the same way as charismatic Protestants. Charismatic doubters may also hear that non-Christian cults also speak in tongues. You do not need to be a saved Christian to speak in charismatic-style tongues, because it is not a true gift of the Spirit. There are many sincere Christians in the charismatic movement, but we believe that the attempt to revive revelatory and sign-gifts is a very harmful mistake. We can see the harm in the emergence of huge sections of the movement in which the Gospel has virtually disappeared, buried under unbiblical extravagances.

Beloved, believe not every spirit, but try the spirits whether they are of God: because many false prophets are gone out into the world.

Scripture quotations are from the ESV® Bible (The Holy Bible, English Standard Version®), copyright © 2001 by Crossway, a publishing ministry of Good News Publishers. Used by permission. All rights reserved.